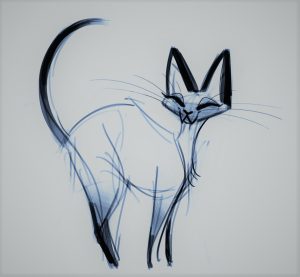 CALLING ALL AREA ACTORS!  The Arts Council will be holding auditions for “Bell, Book, & Candle” by John Van Druten on Monday, August 8th and Tuesday, August 9th at 7:00pm.  The Auditions will be held at the Historic 1908 Courthouse in Independence.  Directed by Patrick Butler, the play will be performed on October 21, 22 & 23, 2022.  This 1950s play calls for 2-3 women and 2-3 men (one role is gender neutral for casting purposes).  All adults are welcome to audition and perusal scripts are available at the Arts Council offices.

Gillian Holroyd is one of the few modern people who can actually cast spells and perform feats of supernaturalism. She casts a spell over an unattached publisher, Shepherd Henderson, partly to keep him away from a rival and partly because she is attracted to him. He falls head over heels in love with her at once and wants to marry her. But witches, unfortunately, cannot fall in love, and this minute imperfection leads into a number of difficulties before they find out if they can live happily ever after.

Gillian: (late 20’s-early 40’s) Intelligent, sophisticated woman who is also a practicing witch. She is the landlord of a Murray Hill brownstone where she, her Aunt Queenie, and Shep Henderson live. Gillian is restless and experiences a major personality transformation during the play.

Shep: (early 30s-late 40s) A gentleman, a successful NY publisher, a hard-working man who is ready to get on with the next phase of a “successful” life…marriage. Despite being under a powerful love spell, Shep occasionally senses that something unorthodox is happening. He does not believe in witchcraft.

Queenie: (mid 40s-mid 60s) Gillian’s aunt, also a witch, although not as powerful as Gillian. She is slightly eccentric and a bit mischievous. She loves her magic and has fun using it.

Nicky: (early 20s-mid 40s) Gillian’s brother. Charming, bright, with an easy manner and always ready for a party or a prank. Condescending toward mortals, but enjoys their company. Responds impishly when challenged, however. This role could easily be a female, ergo sister.

Redlitch: (mid 40s-mid 60s) Author of a book about witchcraft containing just enough truth that it is clear he has some insights into this hidden world, yet he is also unaware that he’s not nearly as smart as he thinks. He is an outsider who thrives on being “in the know.” He is aware he will never be fully part of the witchy world and that lends him a slight air of desperation. He is always a little rumpled and often a little tipsy.